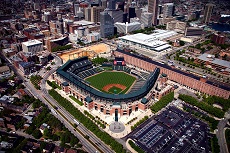 Cities in and around the Baltimore area that we are active:

Some technical roles we cover in Baltimore: